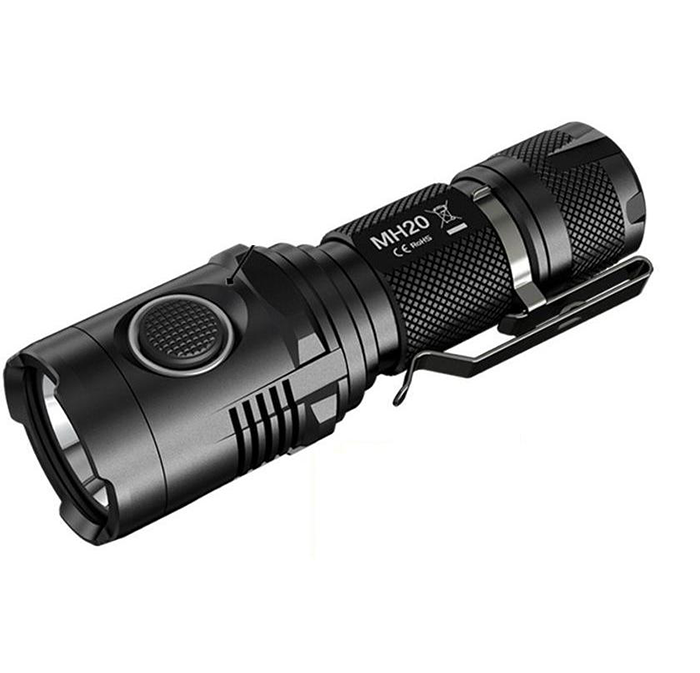 LED, which stand for “Light Emitting Diode” isn’t something new to the lighting scene, they’ve existed since the 60s, but emitted such a low light back then that they weren’t used for lighting purposes. Now, with the advancement in LED technology, LED bulbs and flashlights have not only become commercial but sought after and much talked about – and for good reason. LED flashlights are cost efficient, energy efficient and the LED bulb has a very long life and is impact resistant. All of this contributes to making LED flashlights a must-have for both indoor and outdoor usage.

Since LED lights work in a different as compared to the traditional filament being heated – electrons move over a semiconductor called a diode and the energy that is emitted is in the form of light. Since no filament is heated, the LED bulb stays relatively cooler as compared to a traditional bulb.

Since LED produces light in a manner much simple – the electrons moving over the diode – and there is not a lot of heat, the LED bulb lasts a lot longer than the traditional incandescent bulb. This makes for a much handier flashlight as you don’t have to worry about having to change the bulb every now and then. An LED bulb far outlasts the traditional bulb and that is why an LED flashlight should be your pick for indoor, outdoor or emergency purposes.

LED flashlights have a small bulb and have very sturdy designs. This makes the more shock-resistant and the entire better for wear and tear as compared to traditional bulb flashlights. The bulb won’t shatter and spew glass bits everywhere if the flashlight falls, which makes LED flashlights a much safes option. Another feature that makes LED flashlights safer is that they don’t suddenly go out on you, the lights start to dim when the battery power drops and that gives you enough time to make it back home and put in a new battery.

LED flashlights are much lighter as compared to other flashlights, and this is mainly due to the fact that they have a smaller bulb and don’t require as many batteries. Plus, they are available in a variety of different shapes and sizes. You can just as easily find one for your purse or pocket as you can find one that has a beam strong enough to light up your garage or camp-site.